Posted by: Inside Futbol in RangersNewsFeed 18th February 2016

Scottish Championship outfit Rangers have confirmed that the injury suffered by striker Martyn Waghorn is not as serious as it was first feared but he will be sidelined for a number of weeks.

The 26-year-old was injured when he was tackled during the early stages of a Scottish Cup fifth round replay this Tuesday against Kilmarnock and though he recovered to take the resulting penalty, he was forced to leave the field in the seventh minute of the match.

The injury created a momentary scare among the Rangers faithful along with everyone associated with the club as Waghorn has been an important influence for the Gers this season, having managed to score a total of 28 goals in 34 matches and has also provided his team-mates with eight assists.

The news that Waghorn will not need surgery will therefore be greeted with joy by the fans. A statement on the club’s official website revealed that there were bruising and lacerations post the impact, but it will not require surgery. 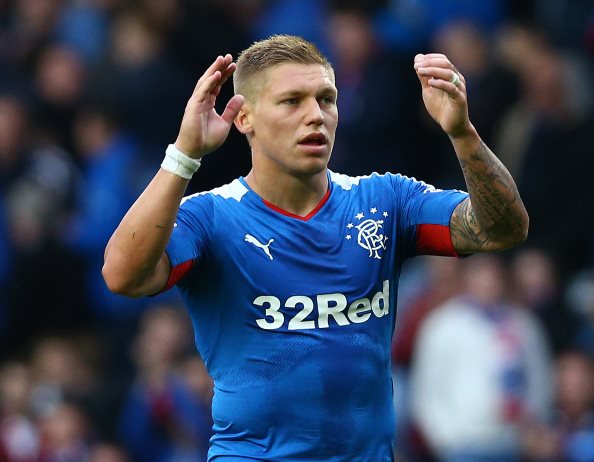 “The initial impact on an unforgiving Rugby Park surface resulted in bruising and lacerations which were immediately visible”, a statement on the club’s official website revealed.

“However, thankfully the scan has revealed there will be no need for surgery, although Martyn will be sidelined for a number of weeks.

“His rehabilitation will be expertly managed by the medical team and we look forward to welcoming him back sooner rather than later.”