Posted by: Inside Futbol in RangersNewsFeed 15th February 2016

Rangers defender Rob Kiernan has revealed that his loan spell with Kilmarnock helped him improve a lot.

The 25-year-old has been a mainstay in Mark Warburton’s side this season, having joined the Gers in the summer from Wigan Athletic.

Kiernan has managed to make 30 appearances for the Ibrox outfit this season, and has established a formidable partnership with Danny Wilson at the heart of the Gers’ defence.

The Watford youth product was loaned to Kilmarnock during the 2009/10 season, when he made five appearances for the Rugby Park outfit. 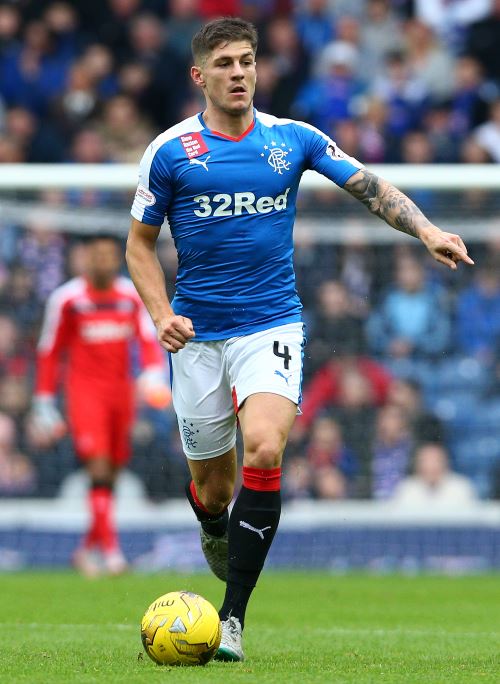 The Gers take on Kilmarnock in the replay of their Scottish Cup fifth round clash tomorrow and Kiernan is excited to go back to the place where he learnt a lot.

The 25-year-old wants to see whether there are any old faces at Rugby Park from his time with the club.

Kiernan highlighted that training with the first team and playing for the reserves is completely different, and feels he improved a lot more than he would have at Watford.

Speaking in an interview with STV, Kiernan said: “I had good memories there and I like going back to see if there are any faces that were there at the same time.

“I went there as a young boy, I probably wasn’t quite ready.

“But I always say that when I’ve been on loan I’ve learnt a lot more than I would have at my parent club.

“Training with the first team and playing reserve games is never the same, so I’d like to think I’ve improved a lot.”

The first match between Kilmarnock and Rangers at Ibrox ended in a 0-0 draw and Kiernan will be hoping to go to Rugby Park and help his side secure a win against the Premiership outfit.