Charlie Adam has hailed Rangers boss Mark Warburton’s impact at the club and says he expects his former team to be in a position to challenge for the Premiership title again soon.

Warburton has led his side to nine consecutive victories in the Championship and in cup competitions and has helped to restore the feel-good factor around Ibrox after troubles on and off the pitch last season.

Adam, who spent six years at the club, thinks a cup draw this season against rivals Celtic could act as an indicator of their progress under Warburton.

And though he knows his old side must win promotion back to the Premiership before challenging for the title in the Scottish top flight again, Adam says a club the size of Rangers will be expected to compete quickly.

“I think the challenge for Rangers would be playing against Celtic just now in a cup competition to see where they are at,” Adam told Sky Sports News HQ. 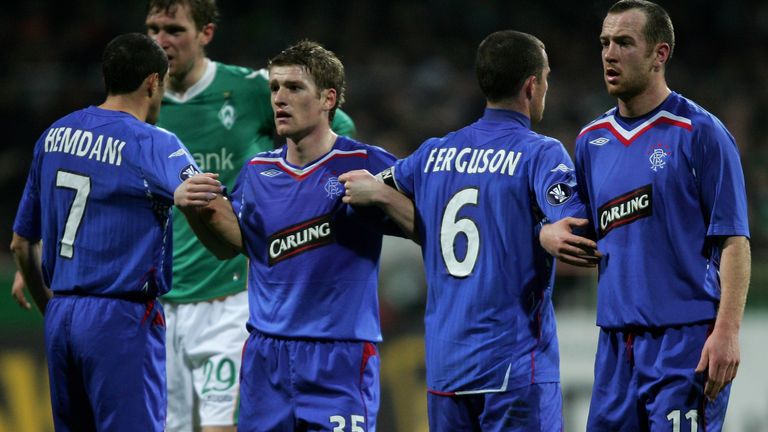 Charlie Adam (right) in action for Rangers against Werder Bremen

“Have they really played anybody else in the Premier League yet, in the cups? It is a big step up from the Championship to the Premiership.

“Rangers are always going to be back to the big club, 50,000 [fans] every week. When they do eventually get into the Premiership they will throw some money at it and they will challenge again, without doubt.”

Adam praised Warburton’s signing policy which has included loan deals for Nathan Oduwa from Tottenham and Gedion Zelalem from Arsenal.

Both, alongside the likes of permanent signings James Tavernier and Martyn Waghorn, have quickly endeared themselves to the Ibrox support and, while Adam doubts whether Rangers can go the whole season unbeaten, he expects them to win the Championship.

“He [Warburton] has made some shrewd signings, bringing them in from Arsenal, Tottenham, a couple of lads in from Wigan who have done really well,” Adam said. 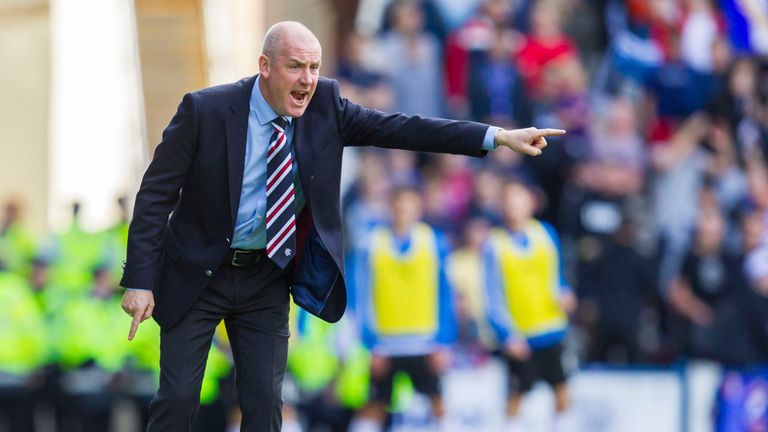 “They should win the league, at the start of the season that would be the expectation but they have proved that they are a good side and he has done a terrific job so far. Him and David Weir have gone in there and stabilised the club off the pitch.

“It is a fantastic football club, 50,000 every week supporting them and they have started the season really well and won every game.

“There is an expectation playing for Rangers; it is a big club and you are expected to win every week no matter who you are playing.

“It is hard for the players coming in from the period before, maybe not handling that pressure of playing in front of 50,000 every week. The lads who have come in look as though they have done a good job so far. It is early days but they look as if they are on the right road.”