Posted by: The Scotsman in Latest News 12th November 2015

THREE days after issuing a statement urging Scottish football to “move on”, Rangers chairman Dave King has re-ignited the debate on the potential for title-stripping by issuing a threat to any opponent who dares question his club’s history.

King came out fighting yesterday following a previous statement, released on Monday, where Rangers claimed the issue of whether the club’s history remained theirs or not was “beyond debate”. 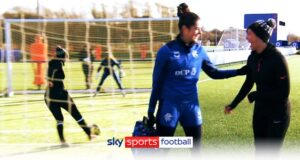