Posted by: Inside Futbol in RangersNewsFeed 22nd December 2015

Rangers midfielder Nicky Law is hopeful that his side can get things right against second placed Hibernian following their 2-1 away loss to Falkirk on Saturday.

The Gers’ top scorer Martyn Waghorn had his stoppage-time penalty tipped on to the post by Danny Rogers to hand Peter Houston’s side all the three points.

Mark Warburton’s side have only won one of their last four fixtures, drawing the other two and have allowed Hibernian to draw level on points with them, while Falkirk have also closed the gap to just six points.

Referee Willie Collum awarded a penalty to the home side, after Danny Wilson brought down Will Vaulks outside of the box. The spot-kick was dispatched comfortably by John Baird, but Barrie McKay equalised with a low drive shortly after. 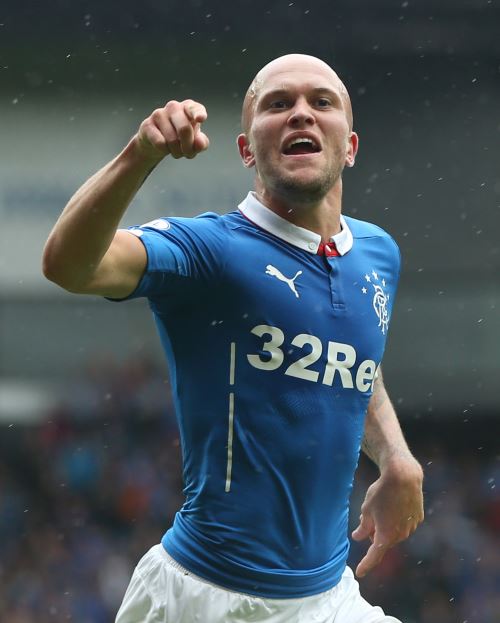 Vaulks fired home Falkirk’s second of the night, before Houston’s side conceded a penalty for a handball by Blair Aston.

Law feels his side threw everything at the home team towards the end, but their goalkeeper pulled off some great saves.

The 27-year-old believes his team need to move on from the debacle and focus on the crunch clash ahead.

Speaking in an interview with the club’s official website, Law said: “In the last 30 minutes we threw everything at them and their ‘keeper was fantastic with some great saves – none better than the penalty save.

“But we pick ourselves up and move on.

“We have a massive game on Monday – we know how big that is and we hope to put that right.”

Hibs travel to Ibrox to take on Warburton’s side in a top-of-the-table clash on Monday, and a win for either side would open a three-point gap at the top.