The striker, 35, was due to be out of contract next summer, but will now remain with the Glaswegian club until the end of the 2016-17 campaign.

Miller, who is currently out injured with a groin problem, is in his third spell with Rangers and has scored five goals in 13 appearances this season. 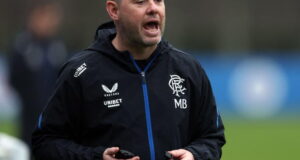