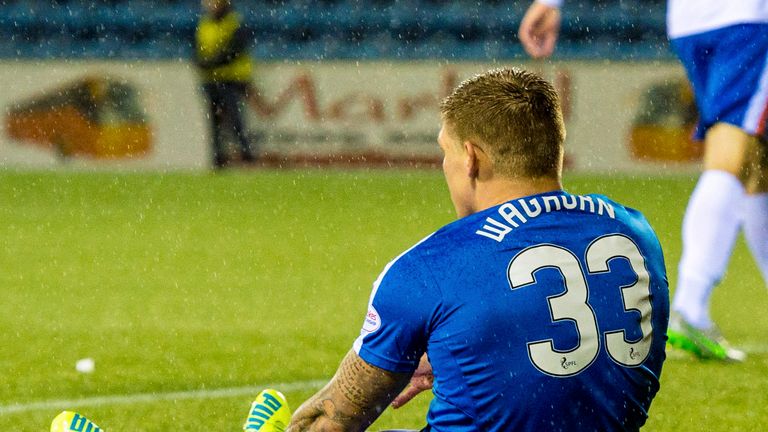 Rangers striker Martyn Waghorn has been ruled out for up to eight weeks with a knee injury, Sky sources understand.

Waghorn, who has been in prolific form for Mark Warburton’s side this season, scored his 28th goal of the campaign from the penalty spot in the 2-1 Scottish Cup fifth-round replay win over Kilmarnock on Tuesday night.

But the 26-year-old former Leicester striker picked up the injury in the incident which led to the third-minute spot-kick and had to be substituted before leaving Rugby Park on crutches.

Waghorn has now undergone further medical investigation and is expected to be on the sidelines for six to eight weeks.