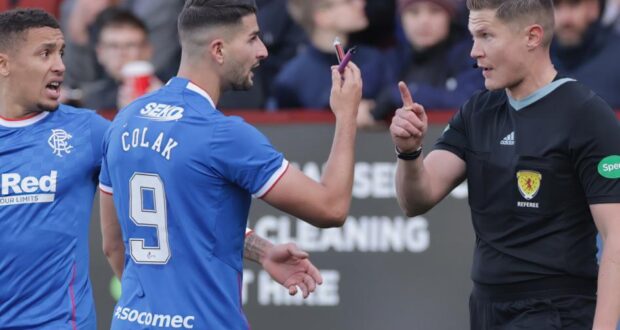 RANGERS players appeared to alert referee David Dickinson to objects allegedly thrown onto the pitch in the win over Motherwell.

Giovanni van Bronckhorst’s men claimed all three points with a 2-1 win over Stevie Hammell’s Motherwell side.

But despite the result, players were visibly annoyed at